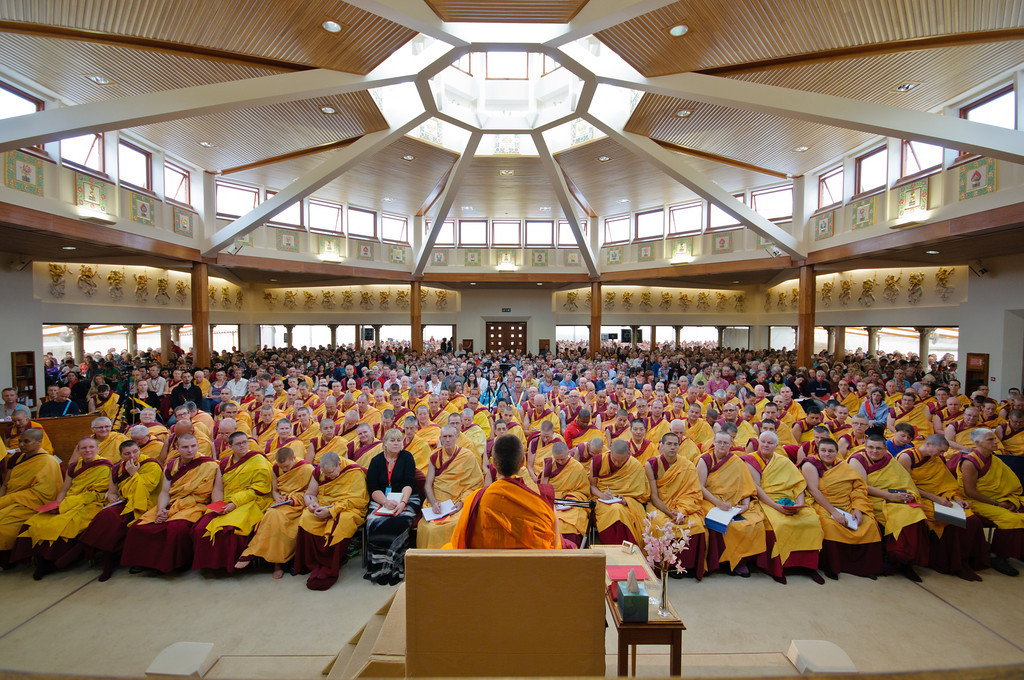 The Kadampa tradition was later promoted widely in Tibet by Je Tsongkhapa and his followers, who were known as the ‘New Kadampas’.

Transforming daily activities into the path

The great Kadampa Teachers are famous not only for being great scholars but also for being spiritual practitioners of immense purity and sincerity.

The lineage of these teachings, both their oral transmission and blessings, was passed from Teacher to disciple, spreading throughout much of Asia, and now to many countries throughout the western world.

Buddha’s teachings, which are known as ‘Dharma’, are likened to a wheel that moves from country to country in accordance with changing conditions and people’s karmic inclinations.

The external forms of presenting Buddhism may change as it meets with different cultures and societies, but its essential authenticity is ensured through the continuation of an unbroken lineage of realized practitioners.

Through the activities and dedication of the renowned Buddhist Master, Venerable Geshe Kelsang Gyatso, Kadampa Buddhism has spread to many countries in recent years.

Happy Regardless Sunday Series: Resilience through Meditation | Sundays, April 5-26 | 10-11:15 AM

Living from the Inside Out Monday Night Class: Letting Go of Anger and Resentment| Mondays, April 6-27 | 7-8:15 PM

Abiding at the Heart: Blessing Empowerment of Je Tsongkhapa Introduction | Friday, May 1 | 7-8:30 PM

Abiding at the Heart: Blessing Empowerment of Je Tsongkhapa| Saturday, May 2 | 9 AM-5 PM

Abiding at the Heart: Blessing Empowerment of Je Tsongkhapa Special Sunday Class and Retreat| Sunday, May 3 | 10 AM-5 PM

Living from the Inside Out Monday Night Class: Letting Go of Anger and Resentment| Mondays, May 4-18 | 7-8:15 PM

Part 2: Saturday Meditation Retreat: Finding the Solution Within| Saturday, May 30 | 10 AM-3 PM

Try Us Out for 30 Days Unlimited